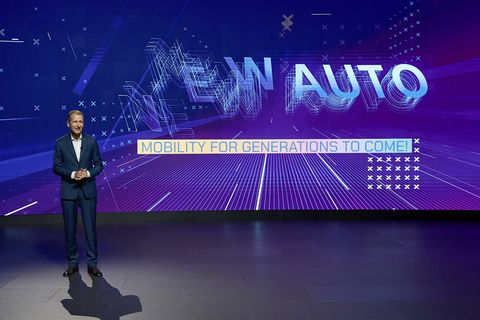 Volkswagen rolled out its corporate strategy this week, heavily emphasizing software, EV development, connected services, and mobility as a service (MaaS) over the next few years as the automaker repositions itself for the future. The main thread of Wolfsburg’s plans envisions different kinds of revenue streams, as opposed to simply selling vehicles though its dealer networks as in the past, one focused on software and autonomous driving technology, most of which is still just over the horizon.

Dubbed New Auto, the business strategy will focus on the growing share of EVs in Volkswagen’s lineup, with the group expecting battery-electric vehicles to account for 50% of its output by 2030, and almost 100% by 2040. Likewise, it expects revenue pools and profit to shift to battery-electric vehicles and also to software and services, expected to be boosted by autonomous driving technology.

Volkswagen views charging infrastructure and battery tech as being crucial for success under this new business strategy, and plans to create a controlled battery supply chain, stretching from raw materials all the way to battery recycling. The automaker intends to create a closed loop, in essence, in the battery value chain. This also includes battery production at six giga factories in Europe (note that VW is using this term too) that by 2030 will offer a total production capacity of 240 GWh. The first location has already been chosen: Northvolt AB will operate one giga factory in Skellefteå, Sweden, with production scheduled to start in 2023. The second is expected to open in 2025 in Salzgitter, Germany, with a third in Spain.

Part of VW’s approach to charging infrastructure will include Energy Management Services, including a whole charging and energy eco-system around the vehicle, offering customers one-stop solutions. The automaker also plans to greatly increase public charging infrastructure in several regions, and has signed new partnerships with charging station builders and operators.

“A Volkswagen-controlled battery supply chain will enable us to have authority over the biggest cost block, offer the best and most sustainable batteries to our customers and secure BEV success,” said Thomas Schmall, CEO Group Components. “BEVs will become mobile power banks that can be fully integrated in the energy grid through bi-directional charging. This will enable us to generate additional profits from participation in the energy market by 2030.”

Volkswagen also mentioned the successor to the current crop of platforms, including electric ones, dubbed SSP (Scalable Systems Platform). VW expects it to continue the platform consolidation effort, which now consists of three internal combustion platforms dubbed MQB, MSB and MLB, as well as two battery-electric platforms known as MEB and PPE. This means that SSP will eventually replace all of them, starting in 2026.

“This next generation will be all-electric, fully digital and highly scalable,” the automaker said. “Over its lifetime, more than 40 million vehicles are projected on this basis. Like the MEB today, the SSP will be open to other auto manufacturers.”

One other major pillar of Volkswagen’s New Auto business strategy involves software, and mobility as a service. By 2030, the automaker envisions owning and operating autonomous shuttle fleets, picturing a value chain consisting of a fully-autonomous driving system, the integration of that system into vehicles, fleet managements, and providing the mobility platform itself to customers. That’s right: VW is talking about autonomous shuttles, some of which will be owned by the automaker and some by other businesses, with the automaker seeking to provide a complete set of solutions for running them.

“Volkswagen Group is already at the forefront of development of a self-driving system for autonomous shuttles with its strategic partner Argo AI,” the automaker said. “CARIAD will develop level 4 automated driving capabilities for passenger vehicles. The Group could thus create the biggest neuronal network of vehicles on the streets worldwide.”

The first such mobility service is expected to launch in Europe in 2025, where VW has been operating prototypes for a few years now. As Level 4 vehicles, these autonomous shuttles will be geofenced and run along set routes, with VW aiming to commercialize their operation in the near term.

Overall, VW’s business strategy is certainly dependent on some technologies and industry trends materializing exactly as predicted, from high levels of autonomy to rates of EV adoption by 2025 and by 2030. Wolfsburg’s strategy is also dependent on connected services and mobility as a service (MaaS) also materializing as predicted and generating actual demand, while the group’s EV plans also rely on certain projections and expectations.

“The ICE market is set to decline by more than 20% over the next 10 years,” the automaker says. “In parallel, BEVs are projected to grow rapidly and overtake ICEs as a leading technology. At an estimated €1.2 trillion, by 2030, software enabled sales could add around one third on top of the expected BEV and ICE sales, more than doubling the overall mobility market from around €2 trillion today to a projected €5 trillion.”

A number of the items mentioned have yet to arrive on the market and begin playing a role, including software enabled sales, so some of the aspects of this business strategy are certainly at the aspirational stage. But even with fairly well-developed technologies like Level 4 autonomy, which is rapidly proceeding to market, the business side of it has not been solved yet. By that we mean that it’s certainly possible to field Level 4 shuttles in geofenced areas on a technical level, but it’s not the same thing as to actually turn a profit doing so. Therefore, some projections regarding these revenue streams and market demands will have to materialize in the coming years as predicted to support VW’s overall business strategy.

Sign in to the comments and sound off on VW’s new strategy.

This content is created and maintained by a third party, and imported onto this page to help users provide their email addresses. You may be able to find more information about this and similar content at piano.io 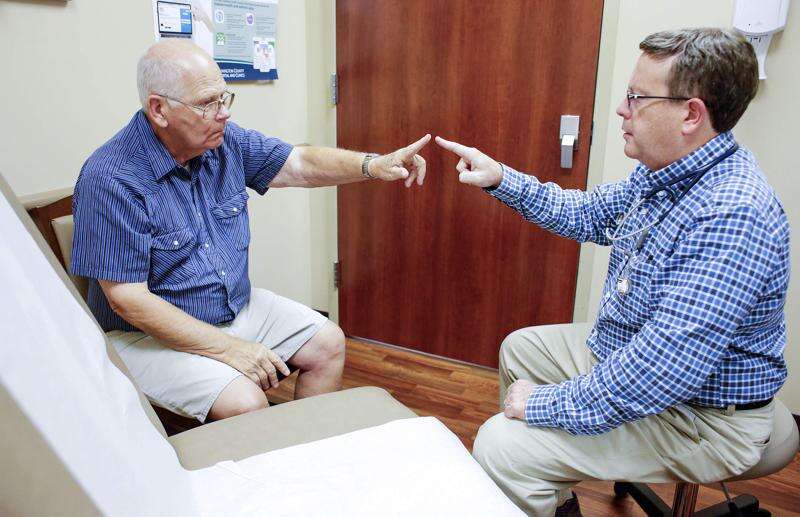