The University of Arkansas Board of Trustees this week will consider acquiring Grantham University, an online school based in Lenexa, Kansas.

The board will hold a special meeting on Wednesday, Aug. 11 to discuss the proposal. The 9 a.m. public meeting will be part of the board’s annual two-day retreat held at the Winthrop Rockefeller Institute atop Petit Jean Mountain in Morrilton.

The acquisition would expand the UA System’s online educational offerings from 24 at its eVersity to more than 60, and would add about 4,000 Grantham University students.

UA System President Donald Bobbitt said the move would be a game-changer for reaching adults who are underserved by public higher education because of their need to attend fully-online, flexible institutions.

“We launched eVersity to serve those Arkansans who have completed some college but not earned their degree,” Bobbitt said in a statement. “Their success in earning a credential is imperative to their future and to the future of our state and region. By acquiring the assets of Grantham University, we will be able to scale up this effort to reach beyond the borders of Arkansas and diversify the educational offerings and revenue profile of our system.”

Grantham University was founded in 1951 and went exclusively online in the late 1990s. Its programs focus on workforce subjects like business, health professions and information technology.

The proposal calls for an agreement to transfer all the assets and certain discrete liabilities of Grantham University to the UA board in exchange for $1, according to a release from the system.

As part of the transaction, the UA board would initially lease and eventually employ about 170 full-time staff, faculty and administrative employees, along with approximately 240 part-time faculty. Once approved, Grantham would join the UA system as a new campus, but would eventually be combined with its eVersity program to form a single, online university. 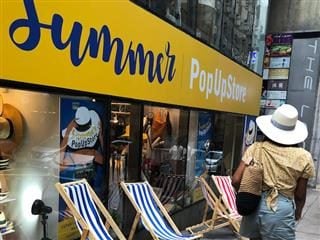 Next post How to Create Your Pop-Up Business Plan