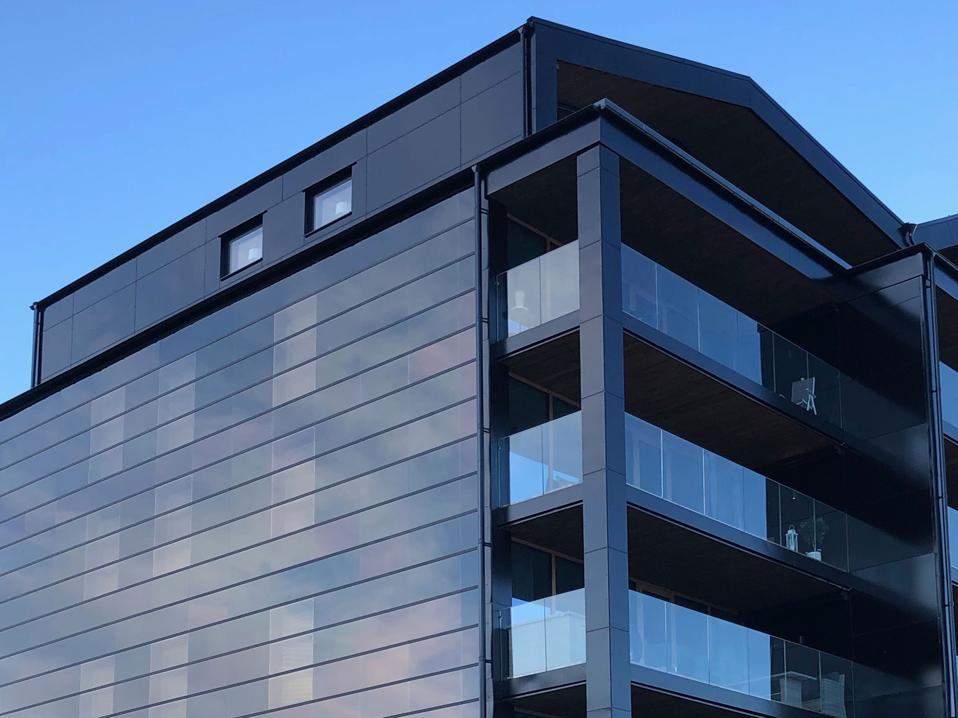 Stockholm-based Soltech Energy is snatching up roofers and electricians and then “sprinkling” in a little solar power. And the publicly-traded venture is growing like a weed. Chief Executive Stefan Ölander says that his young adult children are finally giving him a pat on the back — a man who for the last two decades has dedicated himself to environmental enterprises and causes.

The business case: Sweden has a goal of generating all of its electric power from renewables by 2040. As such, solar energy would increase from 1% today to at least 10% by that time. Moreover, Swedish businesses want to minimize their carbon footprints while brightening their public images. As a result, customers in need of new roofs will now inquire about solar installations. Traditional roofers are often stumped. But Ölander saw the potential.

“Every penny we make is good for the environment,” Ölander told this writer in an interview. “The companies we buy choose to merge because they want to be empowered — to be part of the future. You have to know solar, roofing, and electricity to be the best. If you know roofs, you can get into both businesses. If you can do the electrical work, you can also do the solar installations.”

A decade ago, Ölander owned a branding agency in Stockholm. He was also an investor in Soltech, which at that time was a sleepy enterprise with $6 million in revenues. About two years ago, he became the chief executive and went on a buying spree. Altogether, he has purchased 16 family-owned roofing and electrician businesses and has his eye on several more. Revenues jumped to $60 million last year and in 2021, they are expected to be double that. And by 2024, the aim is to hit $600 million.

Soltech’s clients include ABB, H&M, Volvo Cars, Castellum Inc., and Ericsson. While commercial and industrial enterprises make up 90% of their revenues, the company is preparing to take a deep dive into the residential market as well.

The best prospects, though, are not on the roof but the sides of warehouses. Ölander says the market for “solar facades” is “totally untouched” and that some of those exteriors are 10,000 feet long. Instead of installing windows, they insert solar cells. To grow that segment, older buildings would have to be renovated while new ones could accommodate the technology. The solar cells are aesthetic and have a 70% transparency rate, allowing you to see outside.

“We believe that we are on an interesting journey and we have 65,000 shareholders to show for it,” he says. “We can take a family business and bring it into a publicly traded company and it is now worth 8-to-10 times more than it was.” His company’s market cap is now at $250 million.

The competition is stiff. Tesla
, for example, is installing “solar roofs.” Its pitch: customers can go green while avoiding rolling blackouts. According to Elon Musk, the power density of solar tiles is getting better, enabling them to produce more electricity. At the same time, he says that solar roofs are a more economical proposition than conventional solar panels that access battery storage.

Tesla has installed about 6.3% of the U.S. residential solar market, says Wood Mackenzie Power & Renewables. Vivint Solar
and Sunrun
are the leaders.

Ölander, though, welcomes Tesla’s participation. For starters, he says that Tesla must still place an “underlayment” before the solar tiles are installed. For that matter, any roof that host solar tiles or panels must have at least a 25-year lifespan. Like Tesla, Soltech outsources its panel production to such companies as CanadianSolar, JinkoSolar, and Trina Solar.

“I hope that Tesla will succeed,” he says. “I want Musk to put as much energy into this as possible — to power start the business for integrated and aesthetic solar energy. I want him to go all over the world and sell this stuff.”

The business case is strong. Right now Sweden is mostly powered by hydroelectricity (40%) and nuclear energy (30%.) Solar’s growth there will come at the expense of natural gas. But it could also nibble at the feet of the nuclear power sector that is in the crosshairs of the government there. But can solar energy be effective in northern Europe? Solar is now 5% of Denmark’s electricity market. And it’s 10% of Germany’s portfolio. Ölander says that the efficiency rate of solar panels diminishes the hotter that it gets. Moreover, the summer sun doesn’t set until midnight in Scandinavia.

The moral imperative is also compelling. Capitalism’s scope is becoming wider and now entails not just the interest of shareholders but also those of their internal and external communities. To that end, sustainability is a critical component of many corporate missions. A failure to be sustainable could impact the brand.

“I’ve been into environmental businesses and communications for 20 years and I’m not ashamed of making a buck,” says Ölander. “You get more done if you are driven by monetary conditions.

“There’s a high probability that other solar companies will mimic what we are doing,” he continues. “But before they get up to speed, I’ll have bought more companies. It will be another pat on the back if someone copies our business strategy. We are now looking to expand into other European countries. My goal is to have 100,000 shareholders.”

Soltech’s innovative solar business is triggering exponential growth. But its experience is also also a foretelling sign — the need for traditional businesses to rethink their survival strategies during the sustainable energy age.