After briefly debating a jobs and economic development omnibus bill on Friday, June 18, the Minnesota Senate adjourned for the weekend before casting a vote on the proposal. The bill was amended to include oil refinery safety measures then abruptly tabled. The Senate a day earlier teed up budget bills dealing with agriculture, commerce, outdoor heritage and higher education for a vote but couldn’t pass them since the House of Representatives had yet to vote them out of that chamber.

Meanwhile, Republicans in the House of Representatives on Friday launched an hours-long filibuster over an agriculture and broadband omnibus spending bill. A day prior GOP lawmakers spent 12 hours stalling a vote on a commerce and energy bill and they said four budget bills set to come to the floor hadn’t been properly vetted and should return to committees for review.

All this comes as the state faces a 12-day countdown to a full or partial state government shutdown if the Legislature fails to pass a two-year spending plan. At stake are layoffs, the closure of state parks and offices and a delay of services and programs run through the state.

Top legislative leaders and the governor on Friday again entered closed-door talks to break up disagreements in education, public safety, health and human services bills and others.

“We’re still working on a few global agreement issues, not many, the committees from both sides, the House and Senate have been working but there are a few things that we’re trying to work together to get done,” Senate Majority Leader Paul Gazelka, R-East Gull Lake, said, before calling for a recess and noting the Senate wouldn’t take up legislation until Monday, June 21.

Gazelka, House Speaker Melissa Hortman, D-Brooklyn Park, and Gov. Tim Walz at the end of the regular legislative session reached a $52 billion budget outline. And they handed down a broad framework for committee chairs to work off of to decide how they’d set budgets for schools, health care programs, state budget offices and public safety.

But after lawmakers met for weeks in private, few wrapped up budget bills in time for a vote this week. Committee chairs said more bills would be ready come Monday but in the interim, House Republican lawmakers said they would spend the weekend stonewalling bills that came up in that chamber.

And spokespeople for the trio of state legislative leaders said they were still working to excise controversial language from unfinished budget bills to get them ready for a vote.

Also on Friday, a legislative committee started airing a compromise tax bill that would provide relief to business owners and people who lost their jobs during the pandemic.

Earlier this year, House Democrats and Senate Republicans entered tax discussions with a $1 billion chasm between their proposals. Democrats sought a tax hike on wealthy Minnesotans and some businesses to free up funds to pay for a funding boost to schools, worker supports and health care programs that was ultimately jettisoned.

Instead, a proposal to offer broad relief to respond to the COVID-19 pandemic and its impacts emerged. And now lawmakers in the divided Statehouse are advancing $1 billion in tax relief measures.

House Tax Committee Chair Paul Marquart, D-Dilworth, told members of the committee that the compromise bill could “really move the dial and impact people’s lives” without increasing taxes and providing tax relief to businesses that took out federal Paycheck Protection Program loans and Minnesotans that received unemployment insurance benefits during the pandemic.

The roughly $650 million in tax relief proposed in the bill could erase the state income tax burden for nearly 560,000 Minnesota business owners and taxpayers.

“I think we can be proud of this bill,” he said. “It’s a strong bill that addresses a lot of the needs that we set out at the beginning of the year.”

In a statement announcing the agreement, Senate Tax Committee Chair Carla Nelson, R-Rochester, said the proposal could “provide a spark to the economy.”

“Providing this protection is one of the most important things we can do to help employees and employers recover from pandemic-induced economic hardship,” Nelson said. 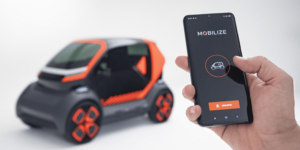