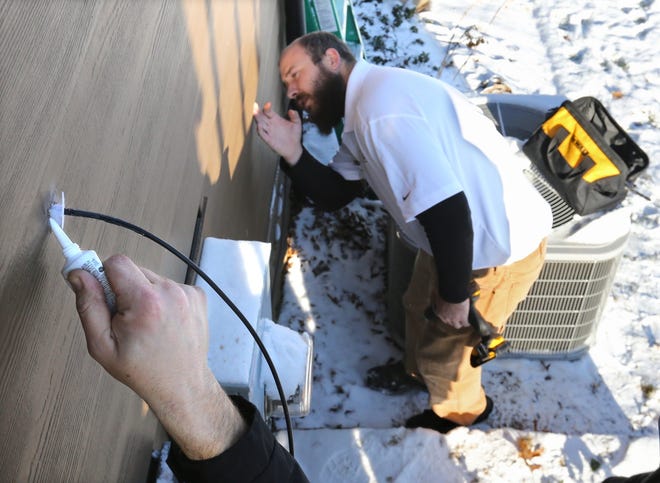 Public officials in Summit County and elsewhere in the state fear that language in Ohio’s proposed $75 billion budget could put municipal broadband internet services such as FairlawnGig out of business.

The language, inserted without prior public discussion during recent state Senate deliberations on Ohio’s two-year budget, is drawing condemnation from numerous sources. Officials have not said who put the language in the Senate budget document, only that they learned of it for the first time last week.

“This legislation creates a monopoly for private providers” who have not been investing in improved broadband services, said Summit County Executive Ilene Shapiro. “We’re not opposed to competition, but we are opposed to being closed out.”

Fairlawn Mayor William Roth said the legislation would set Ohio back decades and make the state less attractive for businesses and economic development. One of the lessons from the COVID-19 pandemic is the necessity of a strong, robust internet network, he said.

Fiber optic broadband internet also is necessary for public safety and emergency services on many levels, said Brian Nelsen, Shapiro’s chief of staff. The county and local governments are already involved in providing telecommunications with such things as an emergency radio and communication system that uses high-speed internet as a backup, he said.

Both Roth and Shapiro said broadband internet is now a public utility, like electricity and water.

“We are charged with providing essential services,” Shapiro said.

They said they are talking with state legislators and the governor’s office about removing the language and want the public to learn about it and contact their legislators as well. Roth called the language unconstitutional and Shapiro said it steps on Summit County’s home rule. Both said they are disturbed that the language was added without prior public disclosure and discussion.

“This really hurts the state,” Roth said. “This isn’t a partisan issue. This is for the good of the whole. … This will be devastating, not just for now, for the U.S. in the future.”

FairlawnGig, a high-speed fiber optic service developed at a cost of about $10 million, has proved that it attracts and retains businesses, Roth said. It was announced in 2015, and the first installations began in 2017.

“That’s a big selling point here,” he said. It’s also available to residents; surveys show both businesses and residents are highly satisfied with the service, he said.

While the legislation appears to have the intention of putting FairlawnGig and others out of business, the Fairlawn service is not going to go away, Roth said.

“We believe after litigation this is definitely an overreach,” Roth said. “As far as we’re concerned, we will stay in business.”

Summit County Council on Monday will vote on a resolution condemning the language.

The Medina County Commissioners on Wednesday unanimously passed a resolution condemning the language.

Both the Medina County Port Authority and the city of Wadsworth planned, built and are now expanding broadband networks, according to the resolution, which also says both networks have increased economic development opportunities, expanded consumer choices, decreased costs of broadband where the networks are located and increased competition.

The commissioners said they are “strongly opposed to any measure that would hinder or impose excessive requirements upon a governmental-owned and operated broadband service from existing, growing and providing services to their residents and businesses.”

Critics of the Senate language note that with the recent launch of Starlink, billionaire entrepreneur Elon Musk’s satellite-provided broadband service, there are now no parts of Ohio that would be considered “unserved.”

If the internet language is enacted, Ohio will join 18 other states that have severely restricted or banned municipal broadband service, according to trade publication BroadbandNow.

The provision was among other nonbudgetary items inserted into the budget that the state Senate approved Wednesday. The state House of Representatives in April approved its own version of the budget. The two chambers have until June 30 to agree on a common document.

If the language stays and is enacted along with the state budget, it likely will face numerous court challenges, officials said.

The language freezes Ohio’s internet technology in place and makes it a less attractive place to live and work, Shapiro said.

Reporter Emily Mills contributed reporting. Jim Mackinnon covers business. He can be reached at 330-996-3544 or [email protected] Follow him @JimMackinnonABJ on Twitter or www.facebook.com/JimMackinnonABJ.

Previous post How To Get Free Money for Your Small Business

Next post How to create a business plan: a beginner’s guide