Here’s what to know about voting, registration and key races and proposals to watch in metro Detroit.

[ Looking for primary election results? Get them here ]

Voting in the Michigan primary election

Anyone can still vote absentee but since it’s within 15 days of Election Day, requesting to vote through mail might mean voters won’t get their ballots in time. Absentee ballots can be cast at clerks’ offices or drop boxes.

What to bring to the polls

Voters will be asked to present a photo ID such as a Michigan driver’s license, state identification card, U.S. passport, or military, student or tribal ID card. The card does not need to include the voter’s mailing address.

Those without an acceptable ID can still vote by signing an affidavit.

Voters are not required to bring their voter registration cards and should be on a list, if registered, as long as they go to the correct polling place.

Masks are required for poll workers, but they are not required for voters. Sanitizing stations will be available at polling places.

Eligible citizens may register to vote as late as Election Day.

To be eligible to register to vote you must be:

For proof of residency, bring one of these documents when registering to vote:

To update voter registration information, you must go in person to your clerk’s office since it’s less than 14 days to the primary. If you update information online, you will not be able to vote in this election.

Primaries for two Senate seats are slated for Aug. 3. Both special legislative elections come after the spots were vacated by Republicans who won local elections. The GOP is expected to retain both seats, given the political breakdown and trends in the districts.

Rep. Pamela Hornberger, R-Chesterfield Township, is a former schoolteacher first elected to the state House in 2016. She leads the House Education Committee and worked with Speaker Jason Wentworth, R-Farwell, earlier this year on an ethics reform package. She has raised more than $77,000 and has endorsements from the Detroit Regional Chamber, state Rep. Diana Farrington, Chesterfield Township Supervisor Danny Acciavatti and others.

Doug Wozniak, R-Shelby Township, is a lawyer and small business owner first elected to the state House in 2018. He has received perhaps the most attention for his public skepticism of the 2020 general election results, as one of a small cohort of Michigan lawmakers who tried to join efforts to overturn the state’s election results based on false and misleading allegations of fraud. He has raised more than $47,000 and has endorsements from Macomb County Commissioner Don Brown, Shelby Township Supervisor Rick Stathakis, Washington Township Supervisor Sebastian Previti and others.

Terence Mekoski unsuccessfully ran for Macomb County sheriff in 2020 after serving decades in law enforcement. He has raised more than $38,000 and is endorsed by the Southeast Michigan Association of Chiefs of Police and Pat Colbeck, a former Michigan state lawmaker who now spreads conspiracies and misinformation about the 2020 election.

Tommy Brann, R-Wyoming, owns a steakhouse and has served in the state House since 2016. He has advocated for stronger protections for business owners trying to operate during the pandemic and was one of the only Republicans to support a law to ban discrimination based on sexual orientation or gender identity. Brann’s raised more than $97,000.

Mark Huizenga, R-Walker, was a longtime consultant and the mayor of Walker before being elected to the state House in 2018. He spearheaded legislation to create clawback provisions for certain state contracts, establishing guidelines some contractors need to meet in order to retain their agreements and penalties if they do not. He has raised more than $171,000.

Kevin Green is a former state representative and current Algoma Township supervisor. Election reform and “dysfunction in Lansing” are among his top priorities. In 2008, he pleaded guilty to an impaired driving charge; on his campaign website, he said his arrest came around the anniversary of his daughter’s stillbirth and after he had a few drinks following campaign efforts for other House Republicans. He has raised more than $67,000.

The Democratic candidates are Keith Courtade and Gidget Groendyk.

Proposal P, which has been a controversial ballot question in the upcoming election, would revise the city charter. Proposed changes in the new policy include revisions in police practices, water and sewer fee changes, assistance with overassessed property taxes and free, public broadband internet.

The full proposal is available online.

Ten candidates are running for two spots for the November runoff this Tuesday, including incumbent Mike Duggan. If elected, this would be Duggan’s third term.

His opponents include Anthony Adams, deputy mayor to former mayor Kwame Kilpatrick, Tom Barrow, a certified public accountant, Myya Jones, a digital strategy lead at Google, Kiawana Brown, a pastor of 12 years, Jasahn Larsosa, a founding director at a Detroit nonprofit for youth and senior development, Art Tyus, a former information technology specialist who ran for a state House seat in Michigan’s 3rd District last August, and D. Etta Wilcoxon, who worked in Mayor Coleman Young’s legal department and ran for city clerk in 2013 and 2017, and for mayor in 2009.

Denzel McCampbell is the communications director for the office of congresswoman Rashida Tlaib and for the U.S. House of Representatives, and a Detroit Charter revision commissioner.

Michael Ri’chard is Wayne County’s legislative aide and a DPS teacher. He was also a Detroit city administrator for 31 years.

On The Line:Trump, a clerk’s race and a national spotlight on Detroit

The Detroit City Council is made up of nine members. Seven are elected to represent districts, and two are elected at-large.

Welcome to the Detroit Free Press/BridgeDetroit 2021 Detroit Voter Guide, which offers information about the Aug. 3 Detroit primary election. We sent questionnaires to candidates in every primary race.  Candidate responses have not been edited for grammar, spelling or accuracy. Detroit voters, enter your address to learn about the candidates that will be on your ballot. If you don’t see an address box, go to freep.civicengine.com to learn more about the candidates.

In Dearborn, there are heated nonpartisan races for mayor and city council seats. For the first time in about 35 years, the incumbent mayor will not be on the ballot as Mayor John O’Reilly Jr. announced in January that he is stepping down after leading the city since 2007.

The race has already seen huge amounts of campaign spending, with the total amount of contributions in the race, including transfers of funds, almost $670,000.

The recent floods and the high rate of COVID-19 transmission in Dearborn are two big issues that residents have expressed concern about. The apparent cognitive problems of O’Reilly — and whether the city council covered it up — is also being debated.

The top two finishers will advance to the general election in November.

There are also 18 candidates to fill seven city council seats in Dearborn. Incumbents David Bazzy and Brian O’Donnell are not running for reelection and Dabaja is running for mayor. The top 14 vote-getters will advance to the November election for the seven seats.

There are also two ballot proposals. One, called Proposal A, would create a Charter Commission to review and revise the City Charter. The commission would be elected in November.

The other is to renew the city’s library millage for six years. The 1 mil generates $3.7 million each year.

This election:Dearborn mayoral candidates raise more than half a million dollars in ‘a race to watch’

In Hamtramck, four candidates are running for mayor, including incumbent Mayor Karen Majewski, who has led the city since 2006 and is seeking a fifth term.

The top two finishers will advance to the November general election.

The city has always had a mayor of Polish descent since it first started electing mayors about 100 years ago.  Known historically as a Polish enclave, the city today is 25% Arab American, most of them Yemeni, and 26% Asian American, most of them Bangladeshi, according to 2019 Census data. In the last two elections, Majewski defeated challengers from the Bangladeshi and Yemeni immigrant communities.

Hamtramck, which has the highest percentage of immigrants among cities in Michigan, faces challenges with poverty and development. People of color make up a majority of the city, but often feel left out of City Hall. Some minority and immigrant residents say they are paying too much in taxes to fund a city workforce that is largely white.

A ballot proposal would increase Hamtramck’s millage levy from .50 mils to up to 10.5 mils for up to 20 years in order to fund the retirement system for police and firefighters.

There are also three seats on the Hamtramck city council up for grabs. Eight candidates are running, with the top six vote getters advancing to the November general election.

All six incumbents, Liz Sierawski, Deanna Koski, Michael Radtke Jr., Maria Schmidt, Henry Yanez and Barbara Ziarko, are running for reelection. They are up against nine additional candidates. Of them, two are Chaldeans: Paul Manni, a small business owner, and Steven Bahoura, a realtor and stock market investor.

If elected, they would be the first Chaldean city councilmen in Sterling Heights, which has a big Chaldean community. 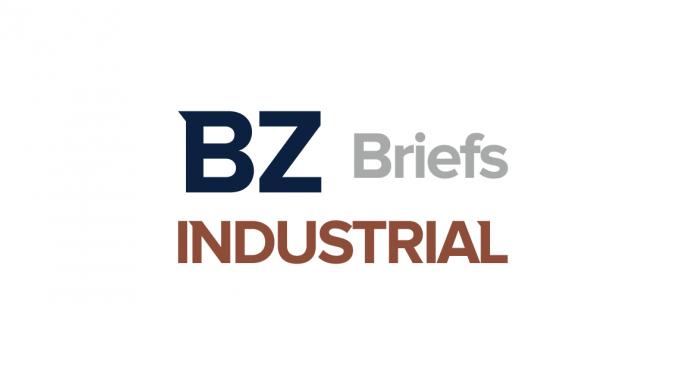