A political committee backed by Las Vegas Sands, a powerful new entrant into the gambling market in Florida, this week unveiled two new ballot initiatives that ask voters to approve as many as three new casinos in Florida and allow existing North Florida cardrooms to offer casino games.

The two proposals, submitted to the Florida Division of Elections this month by a Jacksonville-based political committee called Florida Voters in Charge, both target North Florida for the gaming expansion. They appear to be written to avoid drawing the opposition of the Seminole Tribe of Florida, which has been granted a casino monopoly in most of South Florida by Gov. Ron DeSantis and the Florida Legislature, and have the initial support of key players in Jacksonville.

Under the proposal entitled “Limited Authorization of Casino Gaming,” businesses with active cardroom licenses as of January 1, 2022, would be allowed to offer casino games such as baccarat, chemin de fer, roulette, craps, blackjack and slot machines if they are “more than 130 miles on a straight line from all Tribal Facilities.” The business may relocate to another location within the county by Dec. 31, 2025, but must make a minimal capital investment of $250 million within three years.

The second proposal, similarly titled “Authorizes a Limited Number of New Casinos,” would allow the newly formed Florida Gaming Control Commission to license up to three additional casinos in Florida as long as they are not “located within 100 miles on a straight line from any Tribal Facility.”

The new casino operator must invest at least $500 million into the facility, including retail, hotel, entertainment and convention-related developments “provided that such facilities are located in close proximity to the Gaming Floor.”

Neither of the proposals authorize any of the new casinos to offer online sports betting, which would leave that operation exclusively to the Seminole Tribe. Under the 30-year, $500 million-a-year gaming compact reached by the governor and the Seminole Tribe of Florida, the tribe would offer mobile sports betting in Florida on its tribal land, its mobile app, and through partnerships with existing parimutuels.

By contrast, international sports betting giants FanDuel and DraftKings have launched their own ballot initiative effort to ask voters to approve online sports betting at all Florida parimutuels, professional sports stadiums, and anywhere else in the state using a mobile sports betting platform. If approved, the tribe would withhold an estimated $100 million in annual payments.

The tribe’s casinos are in Hollywood, Brighton, Coconut Creek, Immokalee and Tampa, and the organizers of the Florida Voters in Charge effort have emphasized that the proposals do not violate the provisions of the deal between the tribe and the state.

“The radius is outside of the mileage requirements that are in the compact so as not to impact the revenue-sharing agreement with the Seminole Indian Tribe,’’ said Sarah Bascom, spokesperson for Florida Voters in Charge.

“Unlike the proposed sports betting ballot initiative, neither of these initiatives would interfere with the new gaming compact, nor would they impact the $2.5 billion revenue-sharing guarantee for the state of Florida over the compact’s first five years,’’ he said.

Las Vegas Sands, which sold its Las Vegas properties earlier this year and is eyeing opportunities in other states, is rumored to be considering partnering with the owners of Bestbet in Jacksonville, and the Poarch Band of Creek Indians in Pensacola in the casino expansion efforts.

A spokesperson for Las Vegas Sands declined to comment on the discussions, why the company sees Florida as a good market for its expansion investments, or whether it will pursue placing one or both of the constitutional amendments on the 2022 ballot. A spokesperson for the Poarch Band did not respond to requests for comment.

Bascom said “both of these ballot initiatives are options we are exploring,” and the political committee “will make a decision on which option we will begin gathering signatures for soon.”

Meanwhile, Jacksonville Mayor Lenny Curry indicated his support for the effort in a Tweet on Thursday:

“Jax is now a top destination for sports entertainment & I welcome the opportunity to add gaming to what @cityofjax has to offer. I look forward to talking with gaming leaders about our potential & why we are the right choice for @LasVegasSands,’’ he wrote.

Bestbet’s owners have tried and failed to expand gambling in the Jacksonville area for several years. In 2016, the company spent more than $2 million on a voter referendum to add up to 2,000 slot machines at its Duval County facility and sell the casino to the Alabama-based Poarch Band of Creek Indians.

Duval County voters approved it, with 54% in favor, but the effort was ruled invalid by the Florida Supreme Court in 2017, which said that expanded gambling could only occur if the governor and Legislature changed state law.

For Marc Dunbar, Tallahassee lawyer and gambling consultant who was a former partner with the Poarch Tribe at its Creek Entertainment cardroom in Gretna, Florida, said that many gambling giants see the stretch between Charleston, South Carolina, and Daytona Beach as a potentially lucrative market, and Jacksonville would be an ideal location for a resort casino.

“Jacksonville is one of the last green markets left in the country, outside of Texas and short of Atlanta,’’ he said. “All of the casino operators would like to be here.”

But the task to get successful voter approval is a difficult one. Florida voters approved Amendment 3 in 2018, requiring that any expansion of gambling in any part of the state must receive the approval of 60% of the voters in a statewide referendum to become law.

As a result, the Las Vegas Sands proposals must each gather more than 1 million signatures and overcome a new state law that caps contributions for signature gathering efforts at $3,000. The cap on contributions was put on hold by U.S. District Judge Allen Winsor earlier this month, but it is expected to be repealed. The language for the proposals must also get approval from the Florida Supreme Court.

“They are sailing into hurricane-force winds,’’ Dunbar said. “It is going to be very difficult and expensive.”

Gambling interests have put $62 million into efforts to influence ballot measures as of late June, according to the Florida Division of Elections.

Sports betting giants FanDuel and DraftKings each wrote $10 million checks to Florida Education Champions, the political committee behind a 2022 ballot initiative asking voters to authorize online sports betting throughout the state. Florida-based Magic City Casino gave $15 million to its political committee called People Against Regulatory Legislation Addressing You (PARLAY) for purposes yet to be determined. And the Seminole Tribe, in an effort to counter measures that could undermine its gambling deal with the state, injected $10 million into political committee called Voters in Control Inc.

Gambling opponents say the rush of money into Florida was predictable after DeSantis and the Florida Legislature approved the compact that expanded the games offered by the Seminole Tribe to include full Las Vegas-style casinos as well as control of sports betting transactions in Florida.

“This will go down as one of the worst decisions of the Florida Legislature,’’ said Armando Codina, a Coral Gables-based developer and one of the state’s most vocal gambling opponents. “It’s opening up the floodgates to unlimited gambling. Now, everyone is trying to get a piece of the pie.”

Meanwhile, several uncertainties remain. The compact between the state and the Seminole Tribe is pending approval from the U.S. Department of Interior, which governs tribal gaming. Federal regulators have 45 days after the compact was submitted on June 21 to make a decision, making the deadline Aug. 5. However, to become official, the decision must be printed in the Federal Register, which is often a few days after the Interior Department’s ruling.

Also unknown is what role Disney will have in the emergence of these casino expansion initiatives. The company has been a generous supporter of No Casinos, a gaming opposition group that has opposed attempts to bring resort casinos to Florida in the past.

Mary Ellen Klas can be reached at [email protected] and @MaryEllenKlas

Mary Ellen Klas is the state Capitol bureau chief for the Miami Herald, where she covers government and politics and focuses on investigative and accountability reporting. In 2018-19, Mary Ellen was a Nieman Fellow at Harvard University and was named the 2019 Murrey Marder Nieman Fellow in Watchdog Journalism. In 2018, she won the Sunshine Award from the Society of Professional Journalists. The Herald’s statehouse bureau is a joint operation with the Tampa Bay Times’ statehouse staff. Please support her work with a digital subscription. You can reach her at [email protected] and on Twitter @MaryEllenKlas. 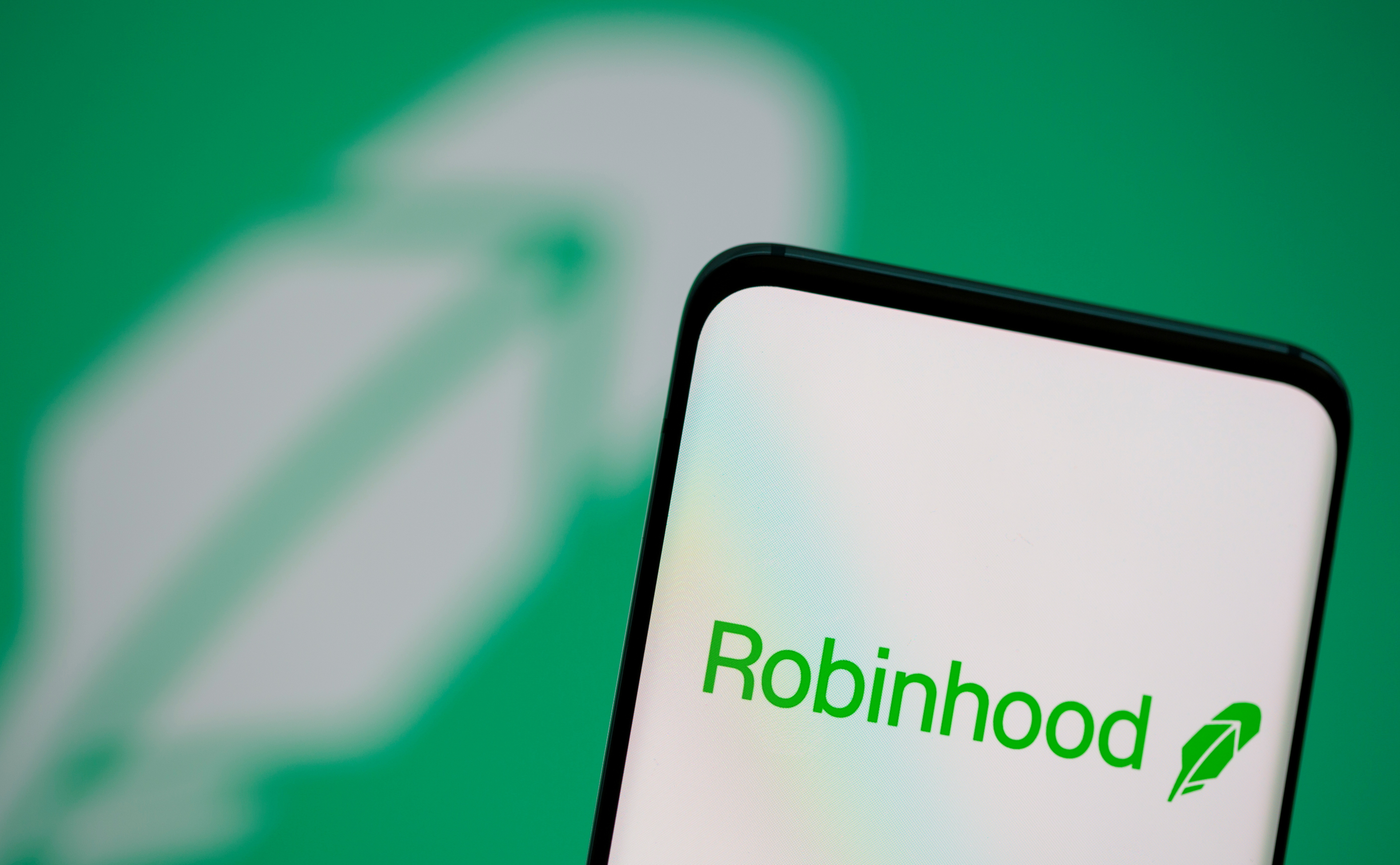 Next post Robinhood seeks up to $35 bln valuation in mega U.S. IPO