Morgan’s last day was May 21. He has accepted the role of director of digital media at CBS46 (WGCL). His wife, former WREX evening anchor Kristin Crowley, recently accepted an investigative reporter position at 11Alive (WXIA) in Atlanta last month.

Morgan served as news director from 2013 through 2019, before becoming station manager, after which came his promotion to vice president/general manager in 2020.

Morgan was replaced by Ed Reams, coming from his position as news director at WKOW in Madison, a sister station of WREX. He took over as interim general manager the day after Morgan’s departure. Having been news director at 27 News since 2014, Reams is an industry veteran, having worked at several stations across the country, including, WISN in Milwaukee, WHSV in Harrisonburg, Virginia, and WDSU in New Orleans.

WREX and WKOW, who are both owned by Quincy Media, were recently purchased by Allen Media. The close of that acquisition is expected sometime later this year.

Iasparro joined Hinshaw & Culbertson LLP in 2008 after serving more than six years as an assistant U.S. attorney for the Northern District of Illinois. Iasparro has significant experience litigating complex cases in state and federal courts, holds a J.D. from Marquette University Law School, a Bachelor of Science in Anthropology/Sociology from Rockford College and is a member of the Winnebago County Bar Association.

Rittner has over 20 years of human resources experience in the distribution and manufacturing industries and is passionate about providing the best work experience for FIELD team members. Rittner holds a bachelor’s degree in both psychology and sociology from Illinois State University and is a certified senior professional in human resources.

With over a decade of experience in the financial industry, Witherby brings expertise in Small Business Administration lending, business development and construction lending. He has established himself as a trusted lender through his ability to grow relationships. He is currently a director of the Rockford Local Development Corp. and a director for the Rosecrance Foundation.

Houghton has been in the financial industry for over two decades, starting as a personal banker and moving through the ranks to business banking. His experience in business development has helped him to maintain client relationships and provide clients with exceptional support. Houghton has been active in Winnebago County for several years and has been a member of the Rockton School Board since 2015, currently serving as vice president. In 2010, he was the recipient of the 40 Leaders Under 40 designation by the Rockford Chamber of Commerce.

ROCKFORD — Northern Illinois Food Bank recently awarded seven volunteers for extraordinary service in the past year, including Denise Ellison of Rockford, who received the Volunteer of the Year award from the Food Bank’s Northwest Center in Rockford.

Ellison has served more than 1,000 hours sorting and packing food at the Winnebago Community Market, the Northwest Center’s onsite food pantry. She was first introduced to the food bank two years ago when she picked up food and was brought into volunteering by a friend.

Smith is a Rockford resident and has owned and operated Tyler’s Landscaping Inc. since 1987. He started as a Rockford Park District Board Commissioner in 2009 and will start his third term on the park board. Smith also serves on the Illinois Association of Park District’s board of trustees.

Brown is a Rockford resident and the director of advancement for the Rockford Area Convention & Visitors Bureau. Brown was selected in October, 2020, to fill a vacant seat. 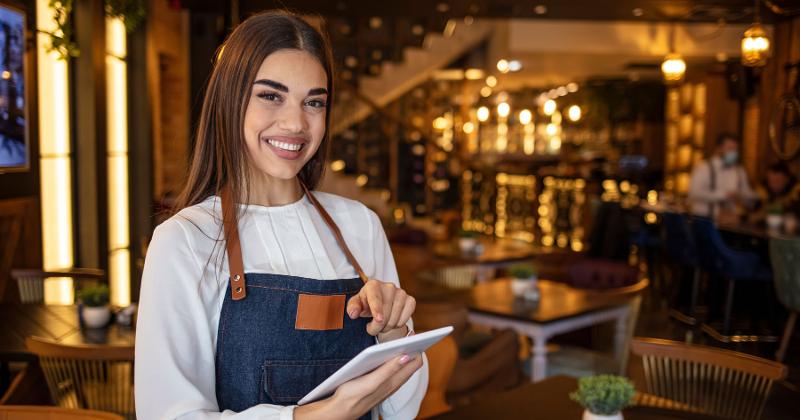