Photograph by Andrew Kelly for Reuters

The $15 wage has come a long way since the days that Alvin Major worked at KFC.

Nine years ago, the Brooklyn resident and father of four was working at three different KFC locations, all owned by the same company, for 80 hours or more a week. At the urging of co-workers, he opted to strike one day in 2012. He and a group of employees went to different restaurants and ended up at a bigger protest on Times Square with about 200 people. Their demand: $15 an hour and the ability to form a union.

Nine years later, the group has not succeeded on the latter part of that demand. But it’s increasingly looking as if it’s getting the former.

Once thought of as almost a pipe dream, the $15 wage is more common than ever. Several cities and a handful of states have approved wages to that level. A lengthy list of companies have promised to pay their workers at least that much, including major restaurant chains like Starbucks and Chipotle Mexican Grill.

Two years ago, McDonald’s stopped lobbying against the minimum wage, and earlier this year its CEO told investors that “we’ll do just fine” with that wage. Thirty percent of operators in a Restaurant Business survey said they already pay at least $15 an hour.

“There’s no doubt that $7.25 in this day and age is not what you should be paying or need to be paying to be competitive in the marketplace,” McDonald’s CEO Chris Kempczinski told CNBC in June. “Whether that’s mandated or you just let free market capitalism rule the day, wages are going up because the economy is strong.”

The increase in wages toward $15 an hour, regardless of why, has fundamentally changed the industry, shifting its relationships both with workers and with customers. Restaurants offer more technology but fewer value offers. And prices are soaring.

Nearly a decade ago, New York Communities for Change, a community organization out of Brooklyn, was working to help local residents, mostly Black and Latino, with housing. New York City rents had soared, and it was difficult for people to find affordable housing.

“They just weren’t making enough money to make ends meet and pay the rent,” said Jonathan Westin, executive director for the organization. “With that, we began talking to folks about wages more. So many folks were working in fast-food restaurants. They were one of the main employers in our communities.”

The group then turned to the Service Employees International Union, which started to organize the workers. They wanted to push for higher wages, with early discussions centering on whether to go for a smaller bump to $10 or for something big. They eventually settled on $15, considered more of a livable wage.

The group, known then as Fast Food Forward, took its demands public in November of that year with a strike involving some 200 workers at restaurant chains around the city, starting early in the morning. They rallied at the end of the day on Times Square.

“It was real hard” to walk off the job, Major said. “But there was nothing to lose.” Major said he was still on food stamps at the time, even though he worked. “We weren’t fighting for $15, we were fighting for a living wage.”

In the following months, the group’s protests spread to other cities, including Chicago, Seattle and Los Angeles, and then they spread to other countries. The group adopted the Fight for $15 moniker and won backing from a number of union-backed organizations.

The campaign also featured a lot of lawsuits, over wage theft, working conditions, sexual harassment and discrimination. The groups went directly to government agencies, notably the National Labor Relations Board, pushing to change the definition of the franchisor-franchisee relationship—an effort designed in part to help unionize McDonald’s workers that has dominated the conversation in franchising for the past several years.

The unionization effort in particular has not succeeded outside of a tiny number of small restaurants. “They never got any traction,” said Jim Lewis, a former McDonald’s franchisee in New York whose franchise company was subject to some of the early push on labor. “Our employees did not react strongly at all. There was very little interest from most of our employees to unionize.”

“If we would have asked for less, we would have gotten less.” —New York Communities for Change Executive Director Jonathan Westin

Where the labor activists’ push really worked, Lewis said, was in the political arena. Protests began to attract Democratic politicians. In 2013, President Obama proposed raising the minimum wage to $10, a 30% increase at the time. The measure was considered a compromise, falling roughly midway between the federal wage of $7.25 and the $15 level sought by labor advocates.

The proposal went nowhere. But by the next year, the country would a test case of $15 an hour when Seattle Mayor Ed Murray announced plans to increase that city’s minimum wage over the subsequent years.

San Francisco soon followed when voters there approved a measure to raise the city’s minimum, followed by Los Angeles. In 2015, a panel appointed by New York Gov. Andrew Cuomo recommended that the state raise its wage to $15—for fast-food restaurants.

Yet the wage was structured in a way that hit fast-food restaurants harder than others. It meant that McDonald’s had to pay more than a 7-Eleven serving fountain drinks and prepared food down the road, or the nearby Applebee’s. McDonald’s could raise prices and then lose business to those two companies with lower labor costs.

Other states have soon followed. Nine states, including New York and California, are on their way toward a $15 minimum wage. And that includes Florida, whose voters in November overwhelmingly approved a measure to increase that state’s minimum. Several cities have done the same. President Biden during his campaign endorsed a $15 minimum wage at the federal level.

The move toward a $15 was met with fear by operators—and two-thirds of them in a Restaurant Business survey argued that the business can’t work at $15.

When New York passed its wage, operators thought it would be “a death sentence for our business,” Lewis said. “We did the math. If sales didn’t increase, we would be out of business.”

“Labor for us before the $15 minimum wage was in the 22% to 24% range. It did jump to 28%, 29%, almost 30%. We could make up a couple of those points on food costs because we raised prices. A lot of decisions were made.” —Former McDonald’s franchisee Jim Lewis

That didn’t happen. But it did change the business.

That included fewer salaried managers per store so fewer employees received benefits. “There were lots of unintended consequences that hurt employees overall,” Lewis said. “In the end people got 15, and we survived.”

Studies on the impact of higher minimum wages are mixed. In June, the Harvard Business Review published a study saying that the increase in the minimum wage didn’t result in a decrease in labor hours per store—but it did increase the number of workers per store while decreasing the hours each employee worked.

Thus, the study said, the average store in California had four extra workers per week and five fewer hours per worker, who gets fewer benefits as a result.

Yet a 2018 U.S. Census study found that “higher wages outweigh those factors that would tend to reduce earnings among workers,” such as reduced hours. “Right now, in cities with a $15 minimum, they aren’t shedding jobs, they’re hiring,” said SEIU President Mary Kay Henry. “Multiple studies have shown that a $15 wage increases take home pay for workers, reduces turnover for businesses and has no appreciable job losses.”

“As long as it’s done in a staged way that is equitable for everybody, McDonald’s will do just fine through that.” —McDonald’s CEO Chris Kempczinski

Another big factor has played a role in rising wages: the market.

The past few months have only aggravated the situation as worker shortages led restaurants to cut hours or even close temporarily because they can’t find enough people. The result has sent wages soaring. It is not uncommon to see signs at fast-food restaurants offering $14 or more. A Chick-fil-A in Northern California earlier this year was posting jobs at $18.

A number of companies have promised $15 wages. Amazon, Best Buy and Costco all said they planned to raise wages to $15 an hour.

Restaurant chains have jumped on board, too. The fast-casual concept &pizza said it planned to raise wages to more than $15 over the next two years. Starbucks late last year said it would take its minimum wage to $15 over the next three years.

McDonald’s, meanwhile, has changed its tune on the minimum wage. In 2019, the burger giant said it planned to stop lobbying against increases in the minimum wage. In January, Kempczinski told investors that the company wasn’t worried about $15 an hour. “As long as it’s done in a staged way that is equitable for everybody, McDonald’s will do just fine through that,” he said.

In April, the company took its closest step yet toward $15 an hour, saying it planned to raise its wages to an average of $15 at company stores by 2024. “When you have Walmart and Amazon, Target, all moving to $15, certainly that’s a talent pool we’re competing with,” Kempczinski told CNBC. “We respond to where the market is moving.”

Lewis, for his part, says the labor movement and its influence on the political arena have pushed companies to raise wages. Even if they don’t want to raise wages, he said, many do so to get out ahead of the government.

“Working at a fast-food restaurant isn’t going to attract you a college graduate,” Lewis said. “You’re not widening the pool that dramatically. Maybe you get someone off the couch for $15 an hour as opposed to $7.

“But if you know the $15 minimum wage is going to pass in your state, why not announce it in advance?”

“We are confident that our brands have strong pricing power.” —Yum Brands CFO Chris Turner

For a lesson in the impact on wages, go back to New York. McDonald’s Dollar Menu there disappeared. Value offers changed. The chain indeed raised prices. Even now, the cost of a Big Mac is higher in cities where the minimum wage is higher. Labor plays a clear role.

Broadly, more restaurants have been raising prices. Limited-service restaurants’ menu prices are up 6% over the past year.

While companies do promote some value—Burger King instituted a $1 Your Way menu in January, for instance—much of the industry is pushing higher-end chicken sandwiches and other more premium items.

McDonald’s, which thrived during the Great Recession in part because of the aforementioned Dollar Menu, has stopped targeting traffic-generating value customers and is instead focused on people more interested in convenience. Franchisees as a result are generating record cashflow despite increasing their wages by 5% and paying for more benefits like childcare.

Inflation remains a concern. At some point, pricing grows too aggressive and turns away customers. The economy, after all, remains propped up by stimulus payments. Eventually those go away, and maybe consumers start watching how much they’re paying for those burgers.

Westin, for his part, argues that the workers he’s met are better off than they were nine years ago. “Now that workers are paid double what they were being paid when we started the campaign, it’s definitely helped,” he said. “It’s helped the restaurants. People stick around longer in these jobs if they’re able to make a wage.” 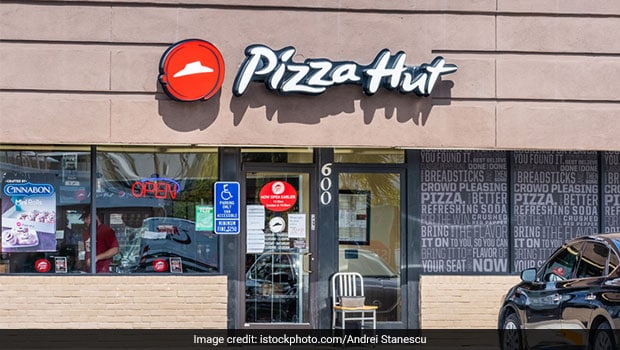