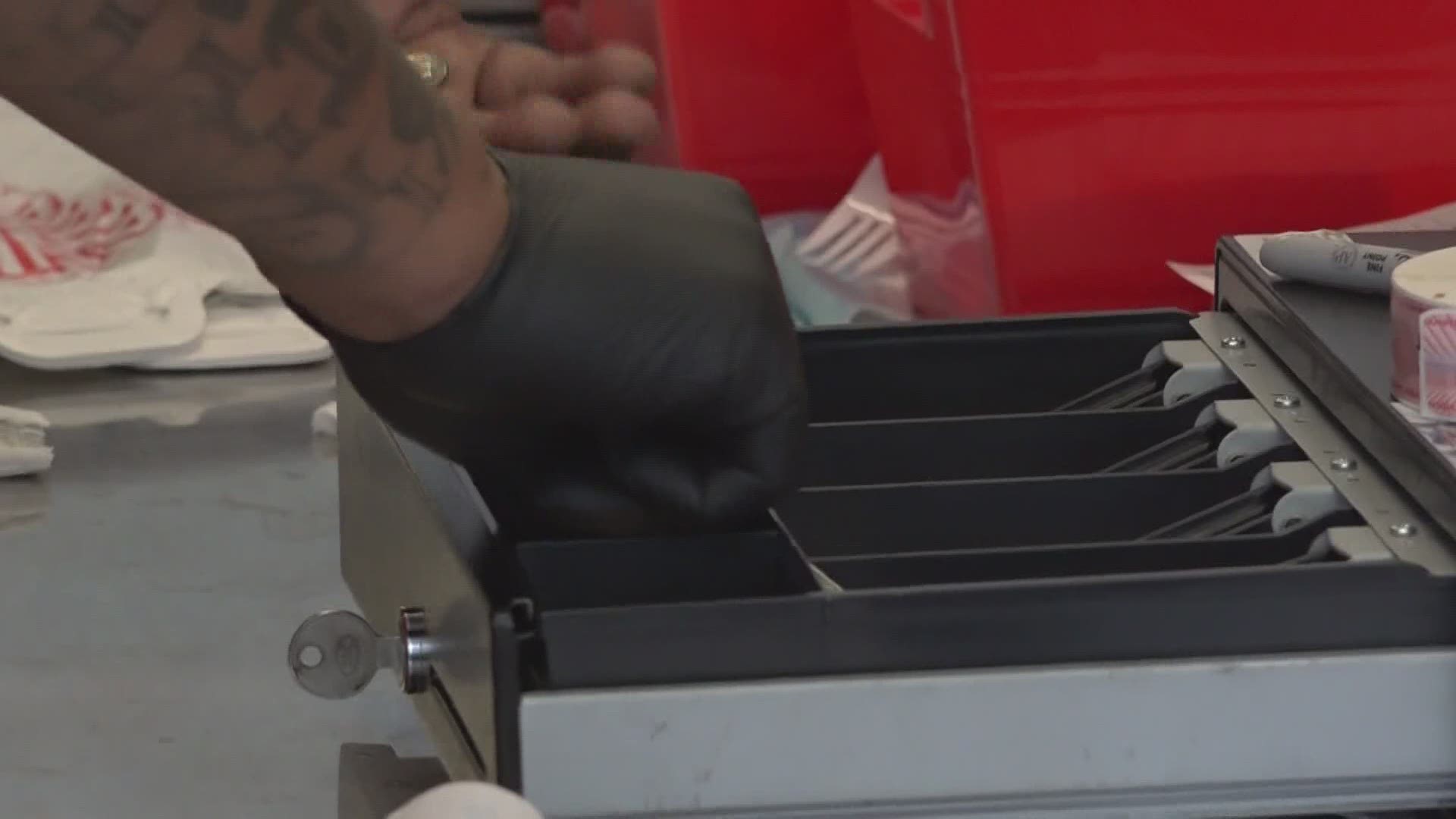 The grand opening of Burton Village BBQ was held on June 1, 2021 — 100 years since the Tulsa Race Massacre.

“This is us picking up the baton where it was once destroyed,” said Tahj Gillespie, co-founder of Black Wall Street Grand Rapids (BWSGR).

“We’re doing it from Grand Rapids so we might not have fought in Tulsa, but the effects touched us, too.”

BWSGR formed less than a year ago with the goal of elevating Black entrepreneurs in honor of the thriving community Black Tulsans built in the Greenwood District.

Until May 31 to June 1 of 1921, when a white mob, some who were deputized by authorities, killed Black residents, burned their homes and looted local businesses in what’s known as the Tulsa Race Massacre.

On Tuesday, BWSGR celebrated a new Black-owned restaurant in one of the seven planned opportunity zones at Burton Street and Eastern Avenue SE.

Burton Village BBQ Company, a family run business at 803 Burton St. SE, first opened a few months ago, but celebrated its grand opening on June 1. The barbecue restaurant serves up turkey knuckles, ribs, macaroni and cheese, baked beans and corn, among other things.

The restaurant owned by Mary Malone was several years in the making, her son Kevin Malone said.

The Malones have plans for an event center, coffee shop and other businesses in the Burton and Eastern area.

“We have a lot of things to do, but we’re just starting with the one and seeing how far it goes,” Kevin said.

He hopes his shop and Burton Village BBQ inspire other people to open businesses in the area. That’s what co-founder of BWSGR Preston Sain hopes to see, as well.

“We can start with this district, and build out throughout the Third Ward,” Sain said.

The mission is to support Black entrepreneurs from the community.

“Give them an opportunity to own, to have equity and operate within these areas that we come from, and bring that missing diversity piece and culture piece to the city that desperately needs it,” Sain said.

BWSGR is launching a capital campaign aiming to raise $100 million over the next 16 years to create business opportunities throughout each district.

“I think this is a really great place to bring the community together to say ‘Let’s tell our stories. Let’s support one another, and let’s make sure that we’re promoting and supporting Black owned businesses,” Lenear said. That’s all what Black Wall Street was about in Oklahoma, and so I think it’s important to be able to replicate that in other communities.”

“Man, I’m feeling great about it. I feel like it has the opportunity to be something that everyone can vest in and have ownership in,” he said.

►Make it easy to keep up to date with more stories like this. Download the 13 ON YOUR SIDE app now.

Previous post FireEye (FEYE) to Sell Product Business & Name to STG for $1.2B