Jeff Bezos may be relieved that he departed before Amazon issued its latest earnings report.

The e-tailer’s $113.08 billion in revenue over the second quarter missed expectations of $115.06 billion, and with its third-quarter outlook projecting sales of $106 billion to $112 billion — not the $118.90 billion expected — shares dropped as much as 5 percent in after-hours trading.

There is no question that Amazon benefited from the pandemic-fueled spike in online shopping, as millions of locked-down or nervous consumers flocked to the internet. But it’s worth noting that the choices expanded, too, as more retailers turned to digital sales or a mix, like “click and collect” or “buy online, pick up in store” services. Retail tech platforms like Shopify, for instance, clocked notable sales growth during an early peak in the pandemic, with a 47 percent surge reported in May 2020 over the same period the year before.

Not that the competition would sink Amazon’s buoyancy, which has broken records quarter after quarter. And its latest Prime Day in June surpassed the record set by last fall’s postponed shopping event, which led the early holiday season, with sales up 9 percent.

But in the period between April and June, as more vaccinations went out and more regions fully reopened, brick-and-mortar retailers anticipated a COVID-19 weary public flooding back to stores.

Those broad outlines are shaded with plenty of uncertainty, however. Surging infections due to the Delta variant are poised to throw regional and statewide reopenings into disarray, not to mention back-to-school plans, which can reshape shopping behaviors once more.

Importantly, further disruptions will likely complicate issues like supply chains and warehousing, not to mention staffing. The latter two have posed massive challenges for the company, which most recently saw a notable rise in infections among its Dallas, Baltimore, St. Louis and Las Vegas warehouse personnel, while it scrambles to recruit more workers.

Logistics is no small concern for a huge operation like Amazon. As Tom Forte, managing director and senior research analyst at D.A. Davidson, explained, “Supply chain-related issues may have had and, looking ahead to the third quarter 2021, may be having a greater negative impact than initially expected, as Amazon is losing sales because it can not stock items consumers want because of chip shortages and supply-chain logistics challenges.”

If consumers who might normally shop at Amazon can’t get the goods they need, they will continue to hit up alternative sources, like Target and Walmart. People may also redirect their personal budgets away from buying things to activities, he noted. “A greater amount of discretionary income is going to things consumers were unable to do during the pandemic, such as travel,” Forte added.

Brian Olsavsky, chief financial officer, articulated as much during the earnings call. “Q2 of this year was a transition period for many of our customers. As the quarter progressed, people were at home less as restrictions and lockdowns eased in some of our largest geographies, including the U.S. and much of Europe,” he said. “As a result, while Prime members continue to spend more with us, growth in Prime members spend moderated compared to spending seen during the peak of the pandemic.”

He explained further that last year, the company succeeded in significantly ramping up efforts to meet massive demand during the height of the pandemic, which fed outsized growth. Comparatively, the growth in the second quarter of 2021 couldn’t sustain that level. “It has also narrowed as vaccines become more readily available in many countries and people are getting out of their homes,” he said, adding that apart from Prime Day, the year-over-year growth rate has dropped into the mid teens.

Not that there weren’t bright spots in the report. One appears to be Amazon Web Services, from where new chief executive officer Andy Jassy hails.

AWS, which partners with businesses from corporate to retail and more, did better than Amazon’s collective business, racking up $14.8 billion in net sales for 37 percent year-over-year growth.

“Over the past 18 months, our consumer business has been called on to deliver an unprecedented number of items, including PPE [personal protective equipment], food and other products that helped communities around the world cope with the difficult circumstances of the pandemic. At the same time, AWS has helped so many businesses and governments maintain business continuity, and we’ve seen AWS growth reaccelerate as more companies bring forward plans to transform their businesses and move to the cloud,” CEO Jassy explained in prepared remarks.

So while Wall Street might be holding its breath, others are choosing to look on the bright side, focusing on AWS and other parts of the business.

“AWS beat expectations and will likely continue to yield increased growth as they strive to expand beyond e-commerce,” said Kristina Goldberg, vice president of strategic services at Adswerve. “As Amazon continues to make strides in the advertising industry, CTV space and e-commerce spheres, other brands must follow suit to keep up. As a result, I expect positive growth for Amazon in the second half of the year.”

“The continued growth of the digital giant seems relatively unabated as they continue to benefit from the aftermath of the global pandemic,” said Halliwell, noting its growth in key markets like India and expansion of grocery globally. “The strength of their earnings though is not just a reflection of consumers’ online spending, as major areas of growth for Amazon are now only loosely related to the e-commerce platform and marketplace that they operate.”

For instance, Halliwell cited speculation that Amazon will soon accept bitcoin, which triggered more interest in the cryptocurrency.

Outside of this, he’s heartened by the accelerated growth from Amazon’s cloud and ad business. “Amazon’s media and advertising business unit is definitely one to watch — it provides the ability to buy ads on search results pages across the Amazon ecosystem, much like many online grocery companies have launched in the last couple of years.

“This is already a $1 billion business and will demonstrate strong growth as Amazon has become everyone’s best friend in the face of the global pandemic and grocery supply chain shortages,” he added. 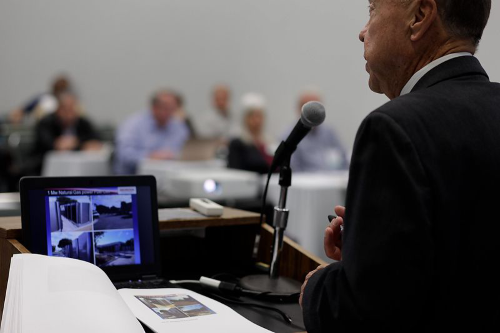